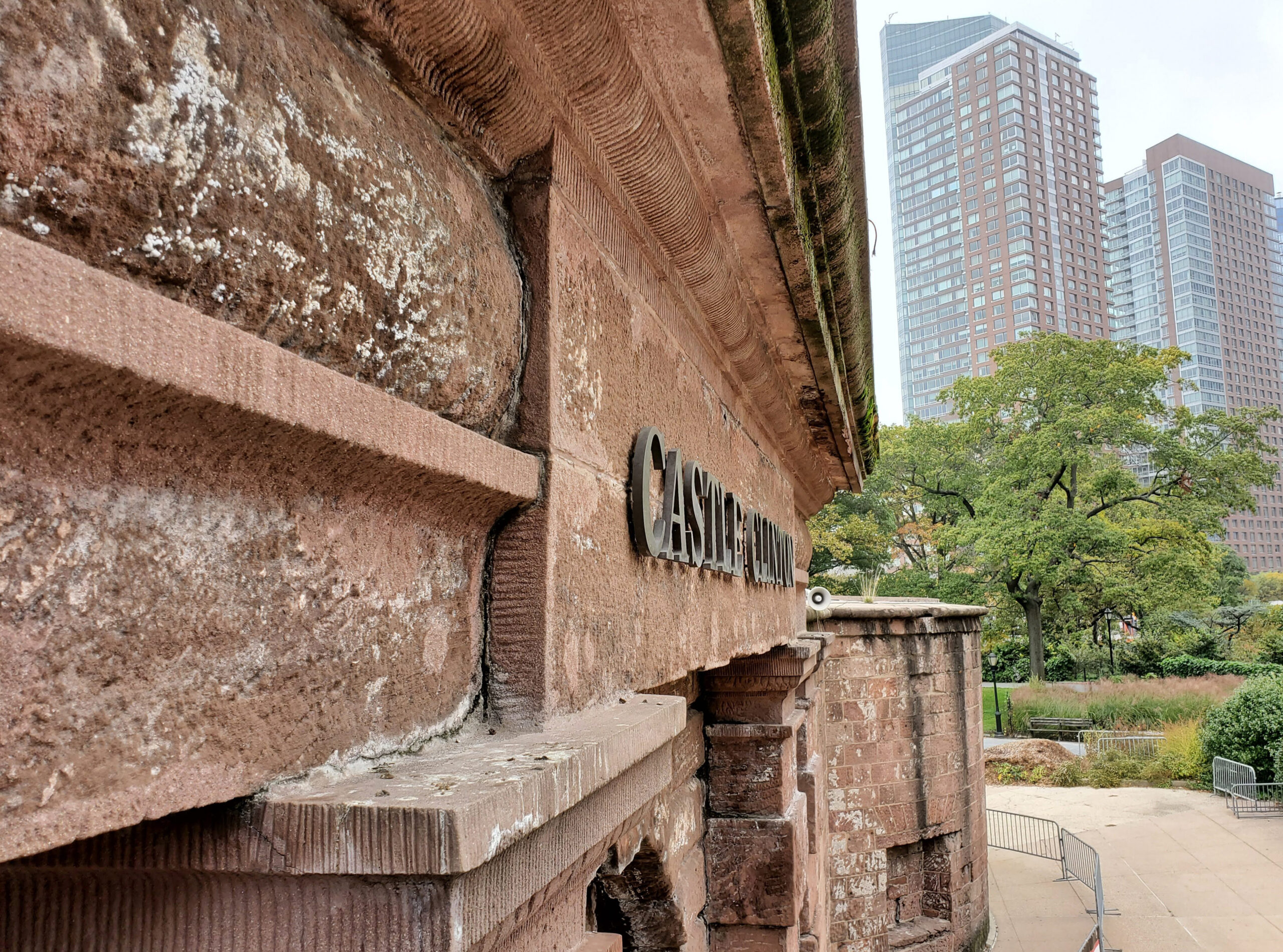 This $5.1 million dollar contract is for the restoration of the historic stone masonry, historic roofing, cast iron restoration and the lightning protection replacement for the Castle Clinton National Monument in New York, New York.

Castle Clinton National Monument (CACL) was completed in 1811 as the Southwest Battery part of the defensive system protecting Manhattan. It stands 200 feet offshore, supported by caissons and wood piers. The historic walls are constructed of red Newark sandstone. The historic wall, comprised of porous sandstone, is deteriorating due to insufficient or inappropriate capping and through ground water penetration. Significant water intrusion through capillary action with the stone was detected. Uneven settling has caused vertical and horizontal cracks and dislocation of individual stones. In addition, exposure to the elements and environmental pollutants have led to ongoing exfoliation and spalling of the facing stone. The instability of many stones presents an ongoing threat to visitors and staff. This is an extremely high traffic area of Manhattan, with approximately 3.5 million visitors passing through the Castle annually. This project will stabilize, conserve, repair and restore the historic stone walls of the Castle Clinton National Monument. Included in this project are: new capping of the wall wherever necessary, stabilization, restoration and conservation treatment of this historic and irreplaceable cultural resource. This will be accomplished through replacement, pinning, dutchman, patching and repointing throughout the historic fabric. All original fabric will be retained and conserved.

The United States declared War on Great Britain on June 12, 1812. The declaration was the result of long simmering disputes with Great Britain. During the Battle of Bladensburg (August 24, 1814), the British marched into Washington, D.C., and burned most of the public buildings. The war raged on for several more years until both sides were finally ready to negotiate a peace. The Treaty of Ghent was signed on December 24, 1814, but it took several months for the news to arrive back in the United States. Acknowledging increasing tensions with the British, American harbor cities began building forts for protection. Four forts were built to defend the New York City harbor. Southwest Battery was constructed on the rocks off the tip of Manhattan between 1808 and 1811. On March 27, 1812, General Joseph Bloomfield was appointed to the command of all the fortifications in New York City and harbor. He established his headquarters at Southwest Battery. In 1817, the fort was renamed Castle Clinton in honor of Dewitt Clinton, Mayor and later Governor of New York.

Saved from demolition in 1946, the Castle was restored to its original design by the National Park Service. The site reopened in 1975 as Castle Clinton National Monument. Today the site houses the ticket office for the Statue of Liberty. Castle Clinton receives an annual visitation of approximately 3.5 million making it one of the most visited National Park Service sites in the country. The fort was originally built to keep people out, now it welcomes visitors from all over the world.