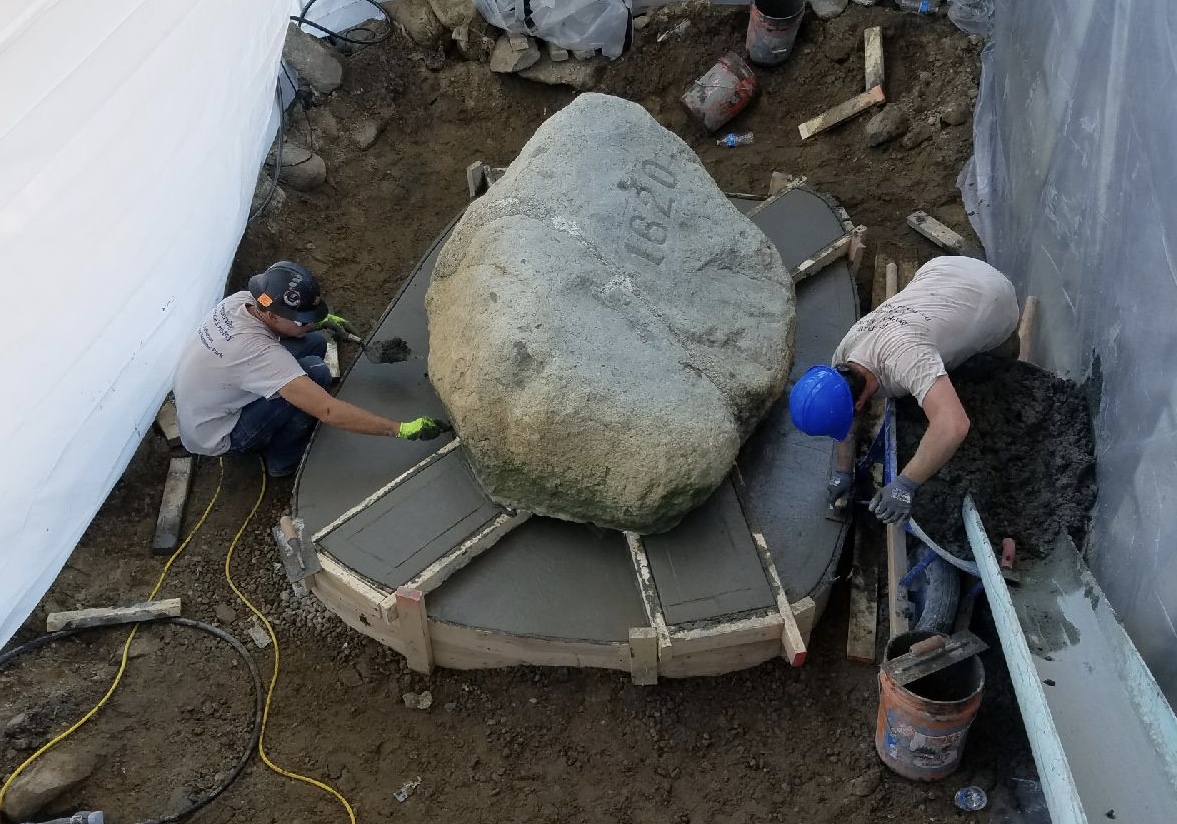 Plymouth Rock, a symbolic national icon, is set above a stone base and supported by a combination of shim stones and four concrete “haunches” extending up from a concrete bumper surrounding the stone base. The actual stone consists of two separate fragments joined with two brass cramp anchors. The gap between the two fragments is filled with mortar. The mortar was deteriorating at the base of the rock, causing the fragments to separate. Stone & Lime Historic Restoration Services was contracted to assist Ivan Myjer of Building & Monument Conservation (http://www.ivanmyjerbmc.com) with the removal of 100% of the existing mortar between the fragments, re-point the joint between the fragments, remove the existing concrete bumper and haunches, and install new concrete bumper and granite haunches to support the rock fragments. This work was completed within a very tight timeframe, prior to tourist season, while battling the tide that rises and submerges the monument as the tide rises each day.